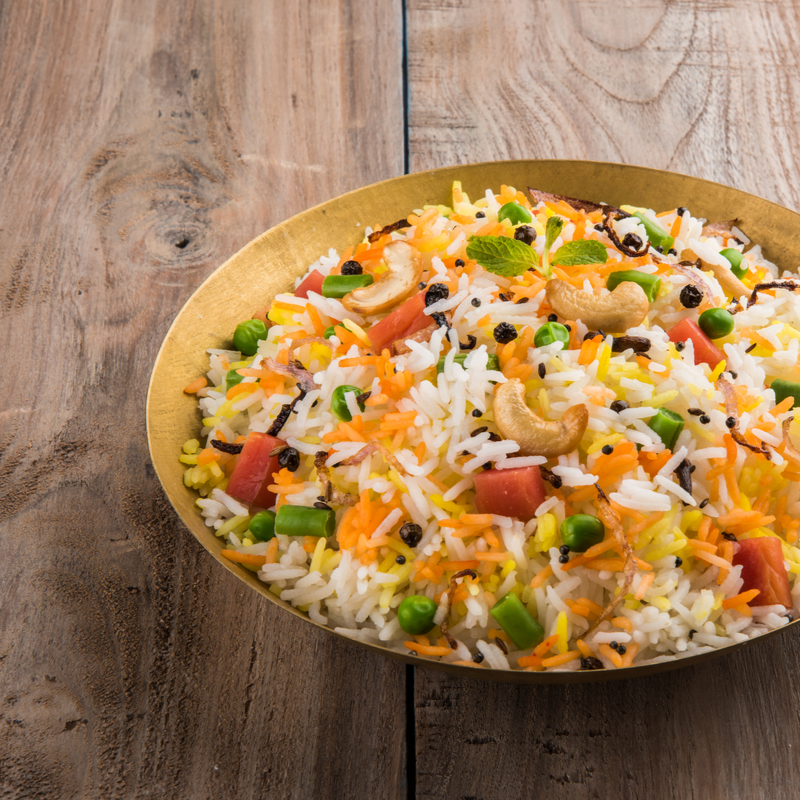 It has blessed my life to have beautiful friends from around the world.  One of those friends is Jeety from India.  The first time I tried Indian Rice was at a dinner gathering hosted by and her husband.

Many of us are familiar with a dish called Rice Pilaf which has a long history of existence throughout the Middle East and India. Pilaf is a dish that is found in most of the world’s cuisines but evolved into a variety of recipes unique to each country and region.  In India, rice pilaf is called pulao, and over the centuries each region has interpreted the recipe differently depending on the spices, herbs, vegetables and other ingredients readily available in those areas as well as the culinary influence from neighboring counties of Pakistan and Iran.

What I enjoy most about version of Rice Pulau is its simplicity in her use of basic mixed vegetables and a touch of spice for added flavor. Many Indian

recipes incorporate cinnamon, cloves, Garam Masala, Turmeric, Coriander, and other spices to create a distinct flavor. Although I love all of those spices, they can sometimes overpower the rice, making it the primary focus of the meal rather than a side dish that enhances your entrée. recipe is a pleasant detour from the usual Indian spices, especially for those who prefer a subtle flavor. This dish makes a gorgeous side for any main course.  Though it's not an Indian-inspired meal, I love to serve it with my Fall off the bone BBQ ribs for a meal your entire family will love!

I hope you enjoy this recipe! If you’ve made it please share it with me by tagging @culinarybutterfly on Pinterest.

Print Recipe
Indian Vegetable Rice Pulao Yum
This flavorful side dish is an easy to make version of the classic Indian Rice Pulao. Made with mixed vegetables and simple spices, this gorgeous dish pairs perfectly with any meal and makes a healthy light lunch or snack. 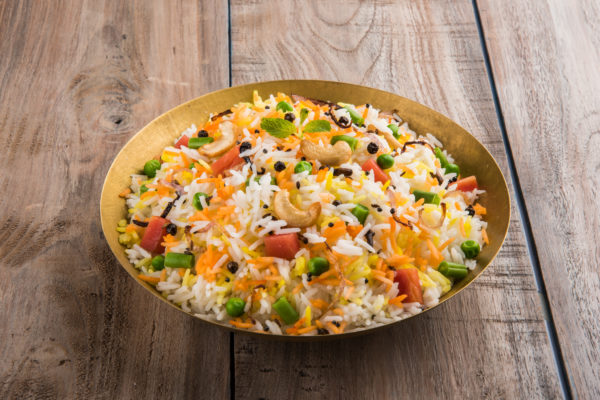