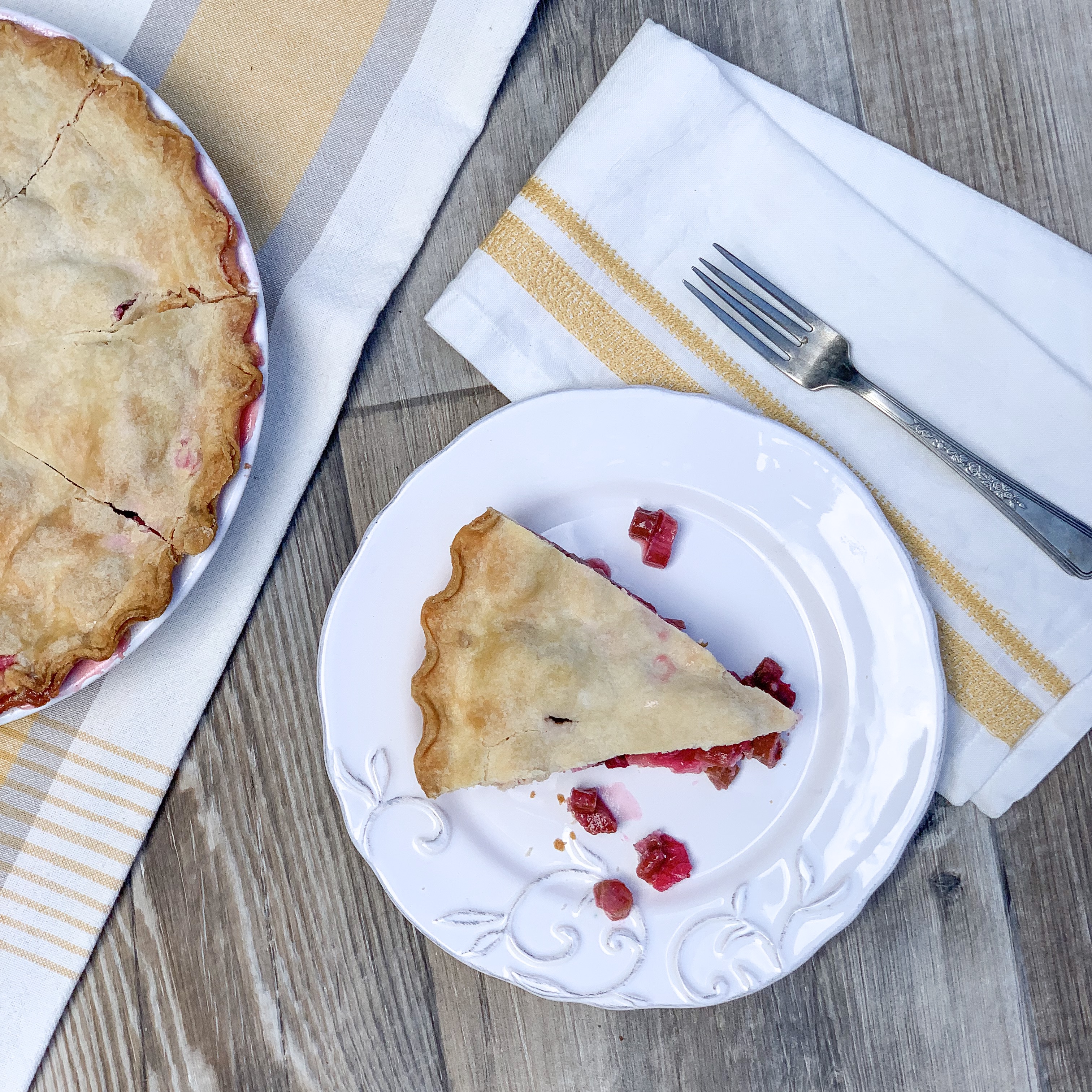 Grandma Bertha’s Rhubarb Pie is a family favorite passed down for generations in my family.  Bertha was my belly laughing German grandmother with an abundance of love for family and friends, including her eight children and eighty-seven grandchildren, counting up to three generations while she was still on this earth.  That’s a lot of love to go around, and she loved every one of us with a passion.

My grandmother and grandfather raised their family on a small farm during the Great Depression.  They grew all the food they ate and shared, including an abundance of fruits and vegetables.  Grams was a genius getting creative in the kitchen.  Nothing wasted, and she turned every ingredient into a dish that got rave reviews from anyone who gathered at her table. 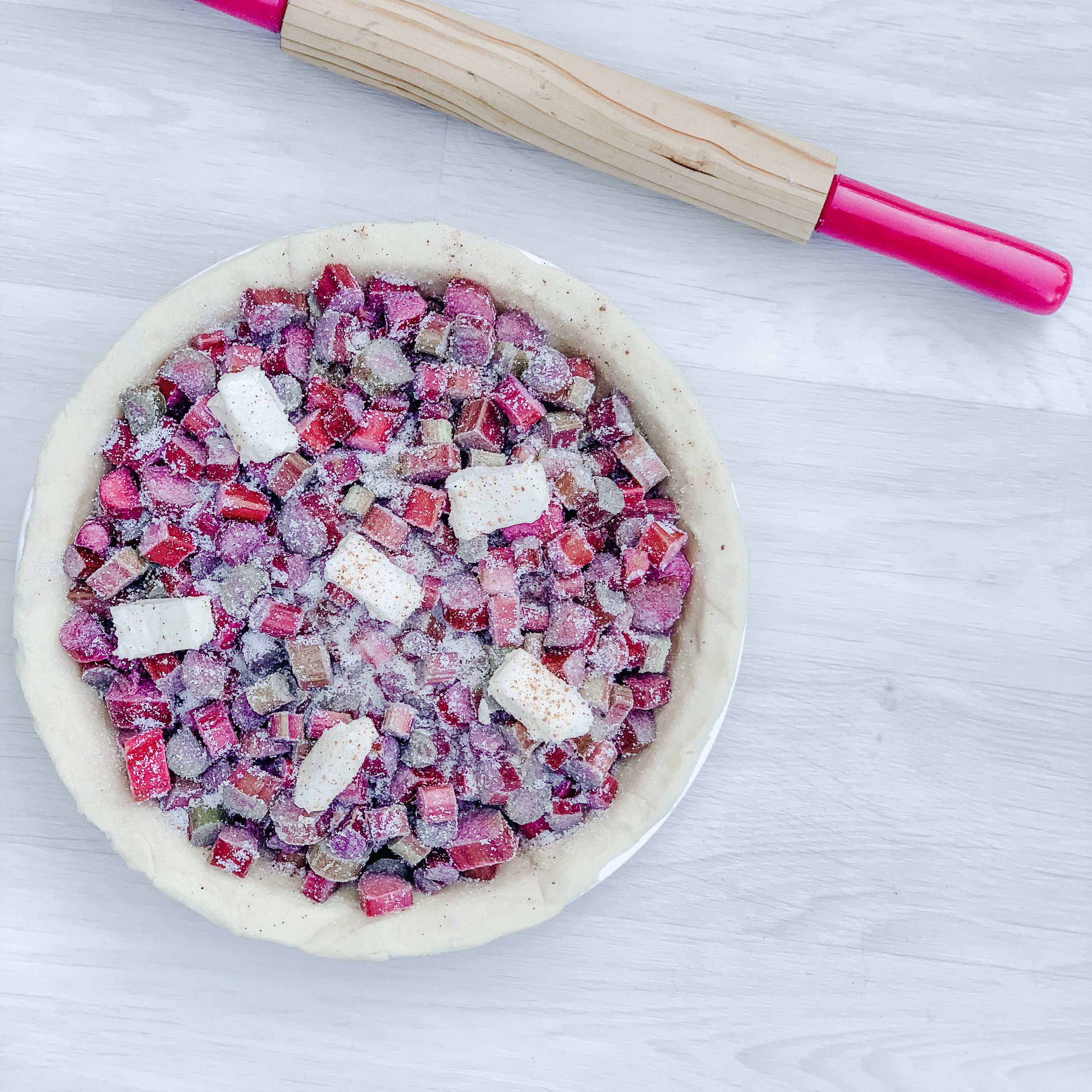 If you are lucky enough to have a rhubarb patch growing in your yard, you know how hardy and abundant this plant can be.  Bertha grew a massive amount of rhubarb and each year, she would spend the summer baking, canning, and stewing this tart vegetable (yes, it’s not a fruit) into something wonderful.  Her rhubarb pie was my favorite and I can hardly wait until the summer harvest to fill my freezer with this irresistible baked dessert. 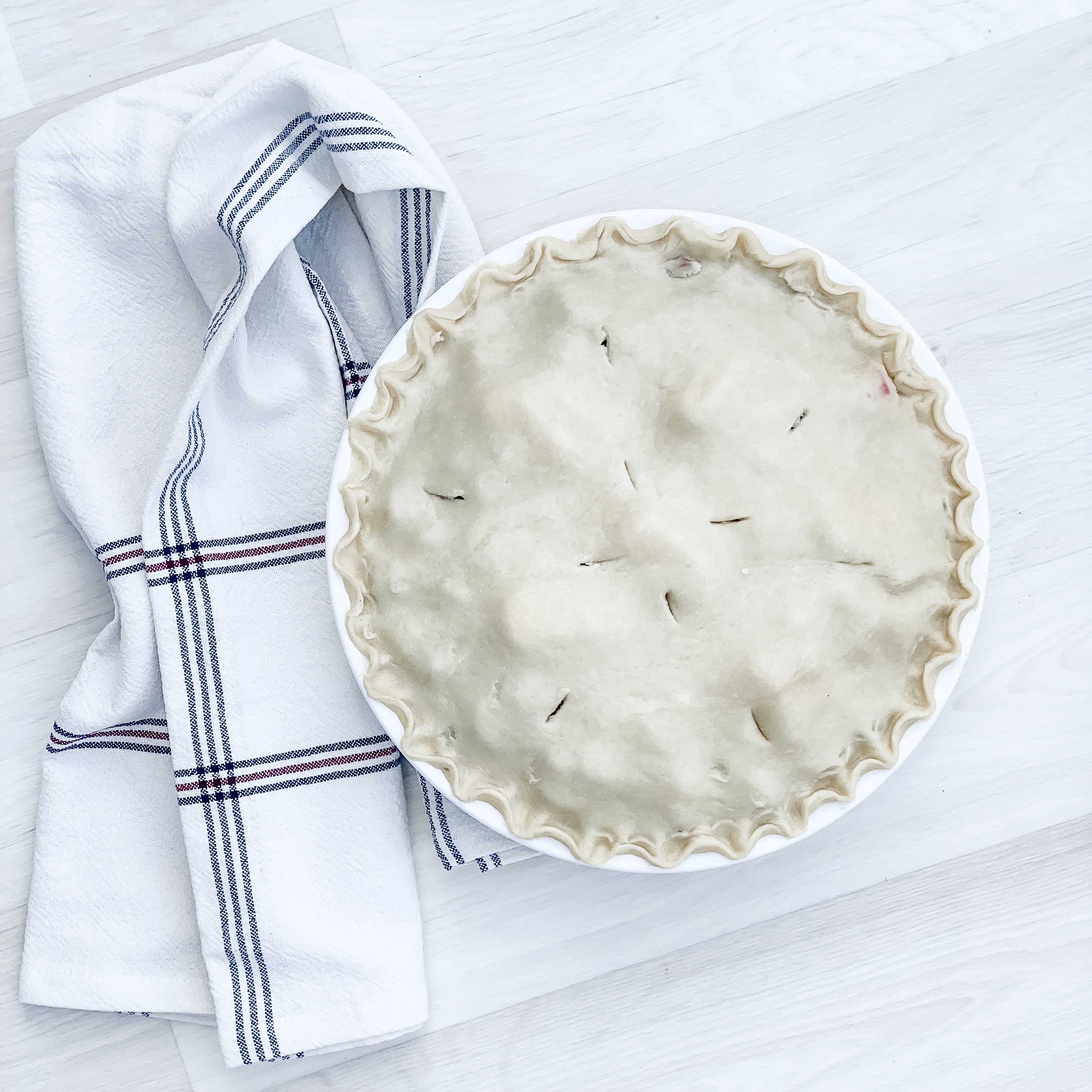 Like long-held traditions, recipes change from generation to generation, creating a new interpretation of the original. Sometimes it’s improved, sometimes not.  I will admit, since gaining a broader understanding of ingredients including which to avoid and which to embrace,  I have made some adjustments to my grandmother’s Rhubarb pie.

In the past, when ingredients , they used lard as the preferred fat in pie crusts.  Even today some home cooks and culinary chefs use this ingredient and swear that it makes a much better crust.  But let’s be honest, though a delicious piece of pie doesn’t exactly make the top ten list of healthy foods to eat, there is just something freeing about eating pie that’s made with healthier ingredients rather than fat from a pig. You know I’m right. 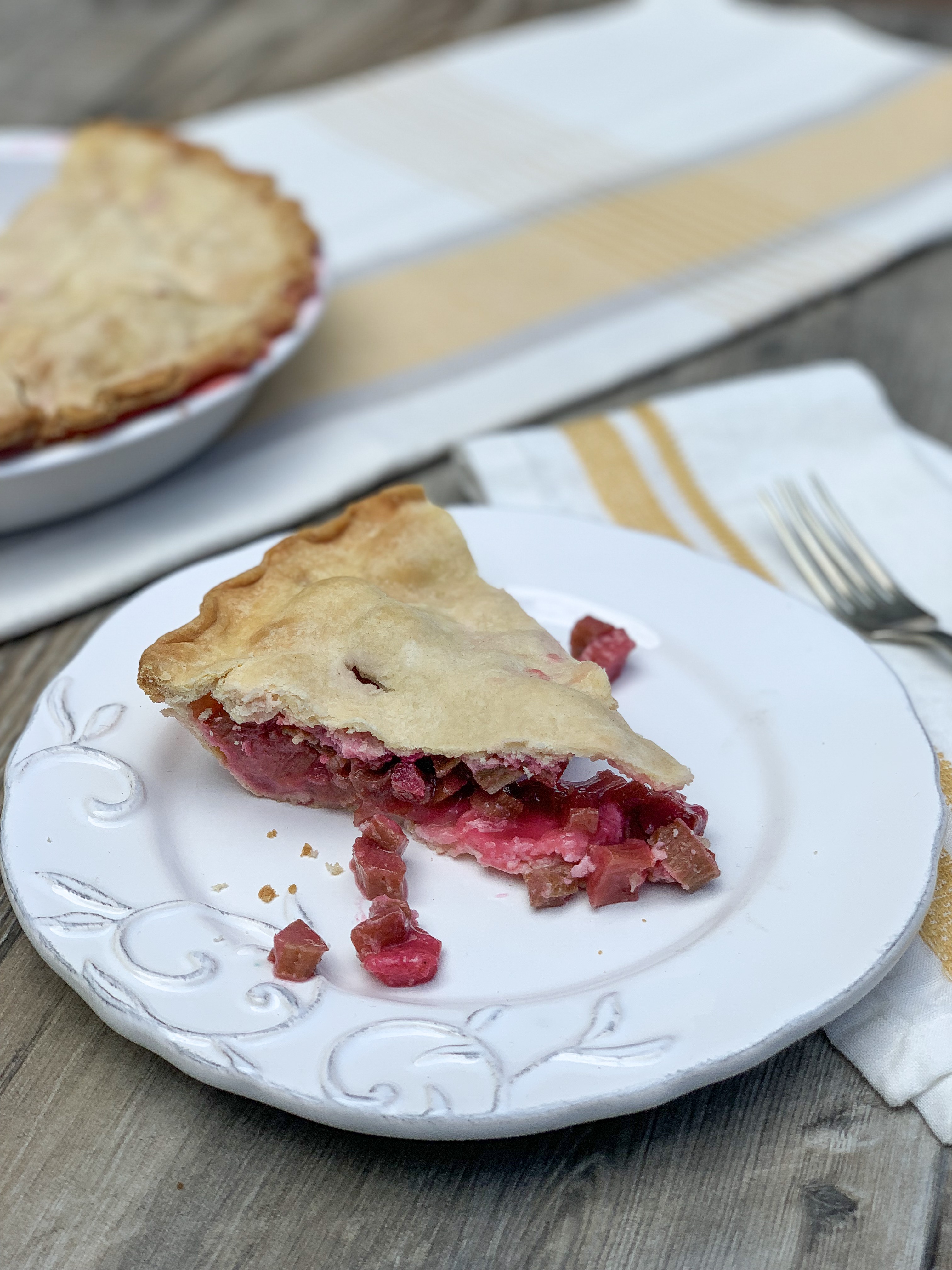 Instead, I use an organic vegetable shortening by Spectrum for my pie crust. Made from sustainable palm oil, it has zero grams of fat and is non-hydrogenated so it makes an excellent alternative for lard, margarine, and even butter. Rolling out the pie crust takes more elbow grease because it doesn’t have the fat found in lard or butter, but the flavor and texture of the crust is perfection. I also use organic eggs and, if possible, organic rhubarb when I can find it. Altering the quality of these three ingredients results in a much healthier pie without compromising the sweet-tart flavor of the dessert. I think Grams would approve.

I hope you enjoy this recipe! If you’ve made it please share it with me by tagging @culinarybutterfly on Pinterest,